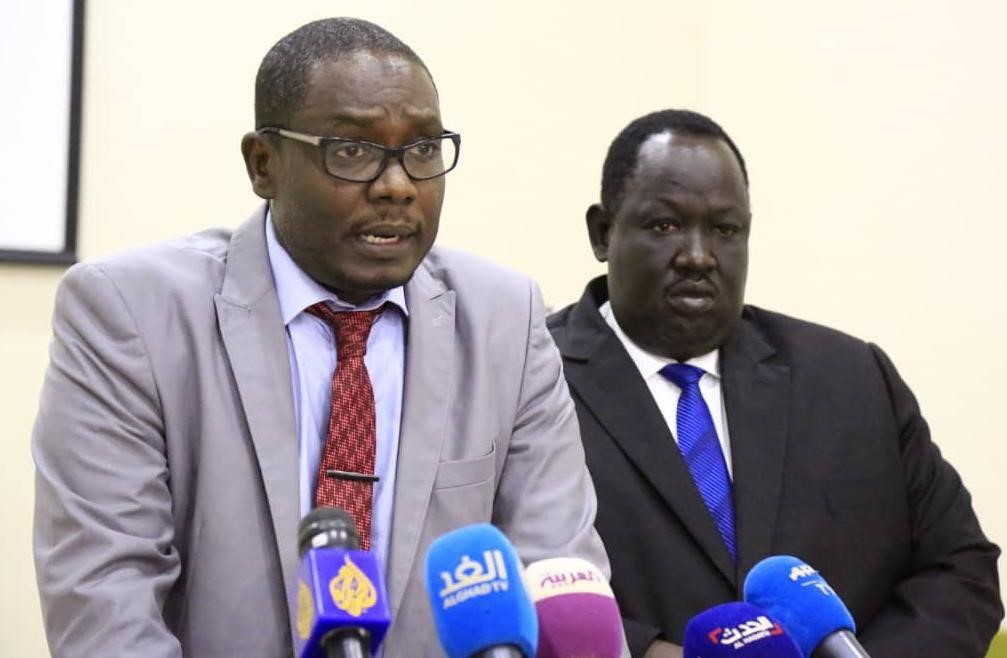 Juba, Oct. 16 (SUNA) – Member of the Sovereignty Council, Mohamed Hassan Al-Taayeshi, pointed out that the government has renewed the cease-fire through a decree issued by the Sovereignty Council to assure the government commitment to realization of peace as a stra-tegic option which was stipulated in the transitional period’s documents and backed up the people’s will and the region. At a joint press conference in Juba with the head of the negotiation committee, Tut Galwak, Al-Taayeshi affirmed the government commitment to continue dialogue on peace, saying that Sudan has a historic opportunity to achieve comprehensive peace close down the chapter of war. He stressed that the recent incidents at Khor Al-Waral, South Kordofan State, between two tribal groups will not affect the peace process, indicating that there will be comprehensive investigation in these incidents and the culprits will be referred to trial. Al-Taayeshi affirmed that the incidents in Khor Al-Waral affected the timetable for direct negotiations with the SPLM-North, headed by Abdul Aziz al-Hilu, which was scheduled to begin today (Wednesday) morning. The spokesperson for the government negotiating delegation called on the social media to distance themselves from poisoning the atmosphere of peace in Sudan and the region by spreading lies, referring to the social media reports on fighting between the armed forces and the SPLM – North Sector forces in which war planes were used. Meanwhile, Tut Galwak has appreciated Sudan government stance toward the peace pro-cess, praising the decree issued by the Sovereignty Council’s Chairman, Lt. Gen. Abdul-Fattah Al-Burhan, to renew the cease-fire throughout Sudan. He affirmed the mediation’s commitment to continue sponsoring the negotiations between the Sudanese parties until comprehensive peace is realized in Sudan. Galwak pointed out that the direct negotiations between the government and the Revolutiona-ry Front will start today (Wednesday) evening in Juba. MO