Yasser Al-Atta: Armed Forces Sided with the People's Revolution and Desire for Change

Djibouti, Feb. 1 (SUNA) – Member of the Transitional Sovereignty Council, Lt. Gen. Yasser Al-Atta, stressed that the Armed Forces has sided, with all its components, with the Sudanese people's revolution and supported their desire for change after the economic crisis that the country witnessed during the former regime.  During his meeting with the Djiboutian Chief of Staff, Gen. Zakaria Sheikh Ibrahim, in the presence of the commanders of the military units and the regular forces in Djibouti, Lt. Gen. Yasser Al-Atta said that the armed forces feared insecurity during the change phase, as happened in a number of neighboring and friendly countries, therefore it managed to work diligently and sincerely to overcome the complexities of that stage. He stated that the constitutional document has bolstered the partnership between the military and civilian components in their quest for peace, which culminated in the signing of Juba peace agreement between the government and the armed struggle movements. He affirmed Sudan keenness to strengthen further its relations with Djibouti in all domains, particularly in the military field. Lt. Gen. Yasser Al-Atta affirmed Sudan keenness to consolidate its relations with Ethiopia, as it is a neighboring and friendly country, pointing out that the borders between them have been demarcated and that Sudan possesses all that documents that confirm this and are deposited with international and regional institutions and organizations. He expressed his confidence that no war would break out between Sudan and Ethiopia based on his belief in a peaceful solution, adding that Sudan will not give up an inch of its lands. Meanwhile, the Djiboutian Chief of Staff appreciated the deeply rooted ties between Sudan and Djibouti which are based on the unity of religion, culture and the common goals. He said that the international changes necessitate more coordination and cooperation in all issues of common concern. He congratulated Sudan on the removing its name from the list of states sponsoring terrorism, a matter which represented a great diplomatic victory, expressing his country's appreciation to Sudan for its stand with it in all forums. MO 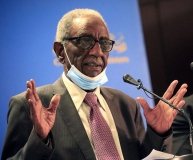 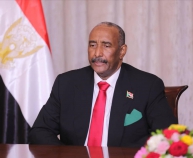