Daglo: The Theme of December Revolution was Incorporated in the Peace Agreement 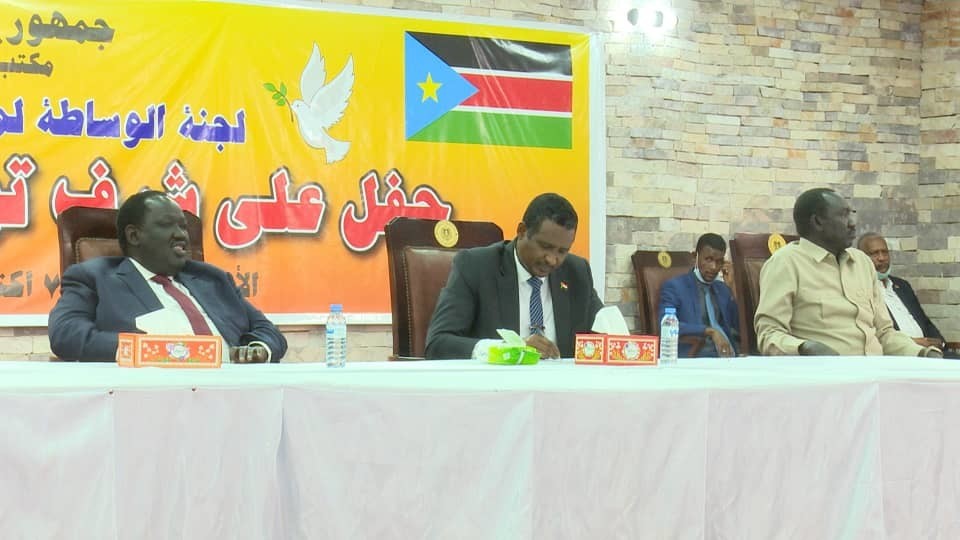 Juba, Oct.8 (SUNA)-The First Vice-President of the Sovereignty Council, Lt. Gen. Mohamed Hamdan Daglo has underscored that efforts would go on for reaching agreement over implementation of the four freedoms , implementation of integration , opening borders and overcoming all obstacles impeding movement of trade between Sudan and State of South Sudan. This came while he was addressing a ceremony at Freedom Hall organized Wednesday by the South Sudanese Mediation in honor of final signing of Juba peace agreement. The First Vice- President of the Sovereignty Council said that the theme of the glorious December revolution( freedom, peace and justice) have been incorporat3d in the peace deal and what have been remained is bringing the agreement into reality , that , he stressed, would not happen except through unity of , good will and corporation so as peace prevail the country-wide. He urged the leaders of SPLM-N, Abdul Aziz Al Hilu and SLM Abdul-Wahid Nur to join the peace process to achieve security and stability all over the country. Lt. Gen. Daglo expressed appreciation to government and people of South Sudan and the South Sudanese mediation in the Sudanese peace process for efforts they exerted to achieve peac in the Sudan. The First Vice-President of the Sovereignty Council said issues of East Sudan have between tackled in a way preserving rights of people of East Sudan, affirming that the opponents to the East Track would join the peace process. Lt. Gen. Daglo, meanwhile, urged the businessmen to reactivate border trade and river movement between Sudan and State of South Sudan to serve he common interest between the two countries . Advisor o President, Salva Kiir for Security Affairs and Chief of the Mediation, Tott Gulwak said the agreement was a commitment betwees the Government of the Sudan and its implementation needs strong wills from the two parties. Rapporteur of the Mediation, Dr Dio Mattok said the real guarantor of the agreement is he political will for the parties , the deal signatories , saying we trust in those who made he peace that they are able to implement the deal for negotiation was heald with determination and keenness. He indicated that the mediation did not intervene in issues propounded for discussion , stressing that peace agreement was a pure Sudanese effort Mattok urged components of the Revolutionary Front to move to Khartoum to participate in implementation of the agreement as well as taking part in resolution of crises facing the country . Dio expressed appreciation to huge efforts being played by the delegation of Government of Sudan for Negotiations which is chaired by the First Vice-President of the Sovereignty Council , Lt. Gen. Mohamed Hamdan Daglo in reaching comprehensive peace agreement. ab 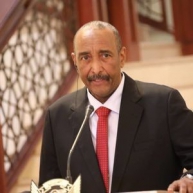 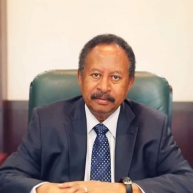 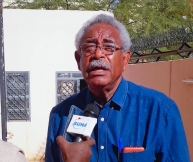