Kabbashi Informed on Security and Development Situation in South Kordofan 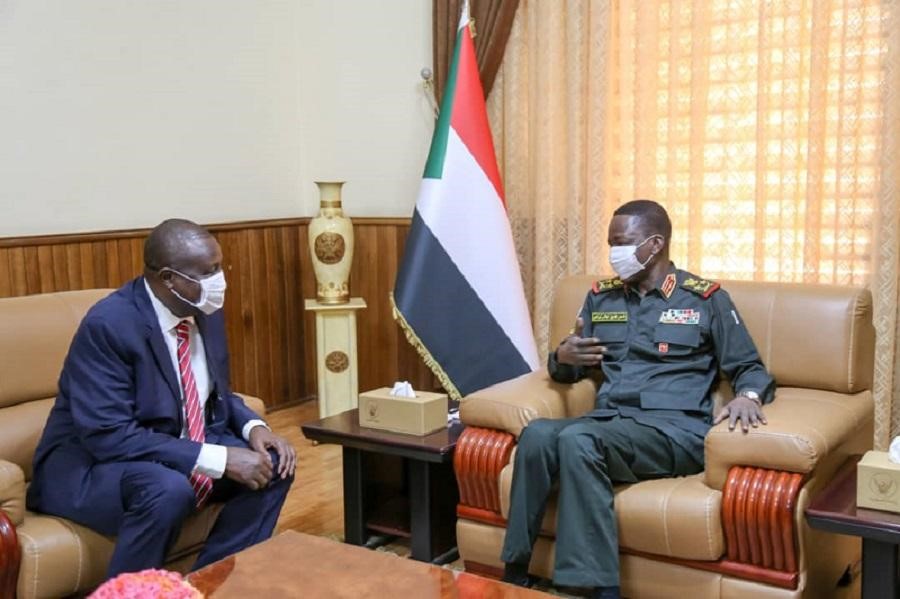 Khartoum, Aug. 16 (SUNA) – Member of the Transitional Sovereignty Council, Gen. Shams-Eddin Kabbashi, received in his office Monday the Wali (governor) of South Kordofan State, Dr. Hamid Al-Bashir Ibrahim, and got informed on the security and development situations in the state. Gen. Kabbashi was reassured on the gradual stability witnessed in the security situation in the northern and western parts of South Kordofan State, as well as efforts to halt hostilities permanently in Qadir Locality after the recent bloody events. Wali In a press statement after the meeting, the state's (governor), revealed a state's plan and arrangements for a comprehensive reconciliation, in addition to the state efforts to support the security organs to restore security and stability. He pointed out that the meeting reviewed the security situation in the western part of the state, and the repercussions of the dispute witnessed Kadugli town in May and July of the year 2020, which claimed the lives of 145 people, referring to the efforts of the government and the native administration, which resulted in a consensus of 99% on the issues. He explained that the member of the Sovereign Council, Gen. Shams-Eddin Kabbashi, has agreed to sponsor a major conference for reconciliation between the parties in the state, which is scheduled to be held within two weeks, noting that the conference represents a decisive step to boost peace in the western area of Greater Kadugli Locality. MO