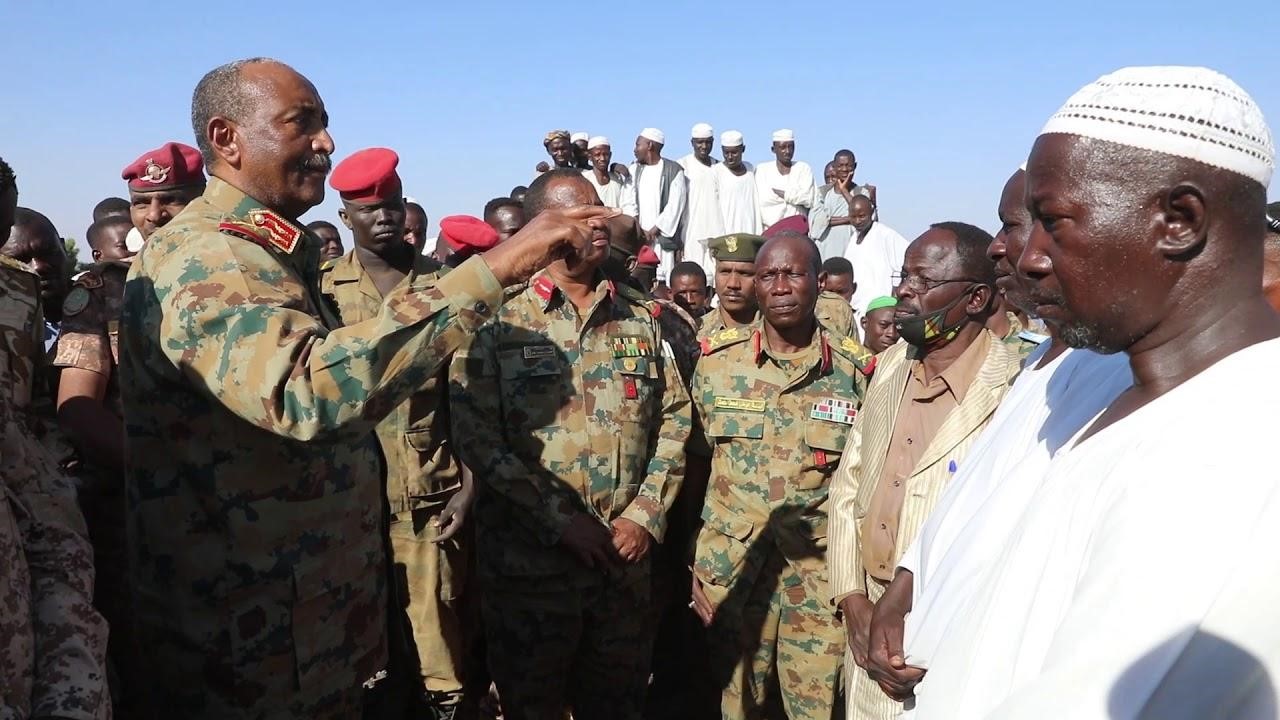 Gedarif, Aug. 16 (SUNA) - The President of the Transitional Sovereignty Council, Gen. Abdul-Fattah Al-Burhan, has pledged to achieve security and stability on the border strip after the return of the lands that were under the grip of the Ethiopians to the homeland. Addressing a celebration at Minor Fashaqa marking return of Wad-Aroud Bridge, Al-Burhan stressed that the Armed Forces will remain in Fashaqa area to preserve it and achieve the required development in coordination with the executive government. He affirmed his full commitment to providing all services to achieve the desired stability, calling for the integration of roles to preserve the gains of the Sudanese nation. He lauded the struggles of the people of the area and their great role in restoring that dear land, and called on the citizens to cultivate and preserve every inch of the area, especially as it is one of the most fertile areas for agriculture. On his part, the Prime Minister Dr. Abdalla Hamdouk, praised the struggles of the people at the border strip over the past years and the great work that was led by the Armed Forces in the return of the land of Fashaqa to the sovereignty of the country and the development that accompanied the recovery of the area, announcing the establishment of live strategic projects for development of the and meeting the aspirations of the citizens. The representative of the area, Mohamed Nour Younis, expressed his thanks and appreciation to the Armed Forces for securing the borders and restoration of the lands of Fashaqa to the homeland after it had been absent for a long time, calling on the government at all levels to establish development projects that lead to security and stability. MO