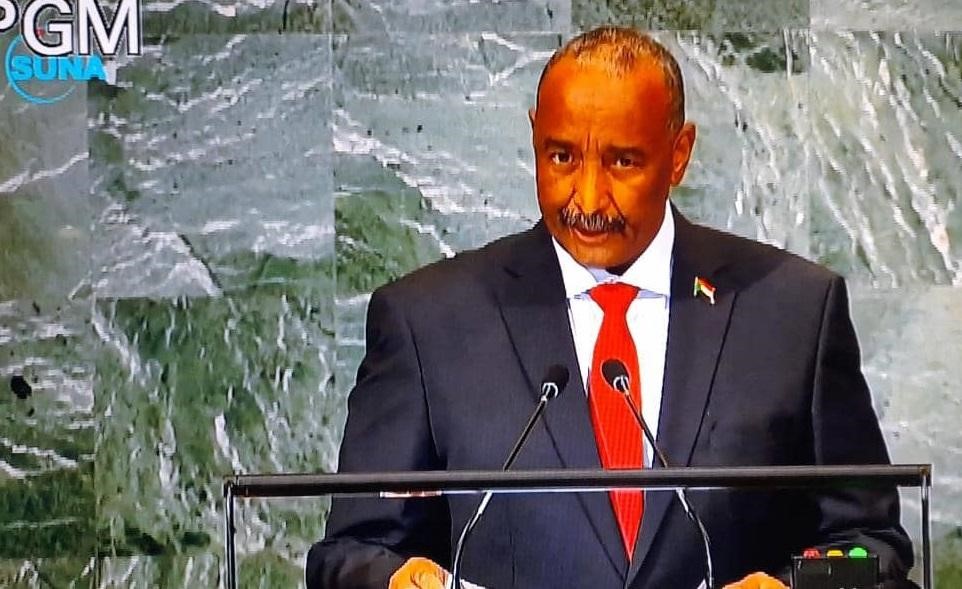 Khartoum, Sept. 23 (SUNA) - The official United Nations website today highlighted a wide cover-age of the address of President of the Transitional Sovereignty Council, General Abdel-Fattah Al-Burhan Abdel-Rahman, before the United Nations General Assembly in New York. The website said Al-Burhan, the President of the Transitional Government of Sudan, called for more multilat-eral action to find sustainable solutions to global challenges and to reduce terrible repercussions for people worldwide, particularly in countries affected by conflict and in the least developed countries. It said on the recent political developments in Sudan, Al-Burhan reiterated his commitment to peaceful transition to establish real democracy that includes fair, free and transparent elections at the end of the transition period, in order to establish a civilian government that represents all Sudanese people. He restated Sudan’s commitment to cooperate with UNITAMS in line with the UN Charter and its mandate set forth by the Security Council and in line with the list of requests presented by Sudan to the UN to promote the transition. The UN website noted that Al-Burhan highlighted how signing the Juba Peace Agreement less-ened conflict in Darfur and provided some stability and security to the region. In Darfur, rate of voluntary return of the displaced people has also increased. The Sudanese leader appealed to the international community for help and assistance in entitle-ments under the Juba Peace Agreement.
The website said President Al-Burhan, stressed how Sudan is striving to improve security, devel-opment and peace in the Africa region, with South Sudan, Somalia, Democratic Republic of the Congo (DRC), and Chad among other countries. He added that Sudan was the coordinator alongside the African Union to reach a peace agree-ment in the Central African Republic. Sudan is also working with stakeholders to maintain securi-ty in Libya. “We are fighting against organized crime too,” Al-Burhan continued, and said “Sudan is sparing no efforts to achieve the Sustainable Development Goals because we are convinced of the im-portance of the outcome document and sustainable development agenda for 2030.”
The UN website said in this regard, Al-Burhan pointed to the adoption of the “strategic document for poverty reduction for the period of 2021 to 2023” by the transitional government.
Al-Burhan said that the external debt “is a stumbling block” for his country and limits its efforts to continue achieving economic and social development. This also hinders the implementation of the sustainable development goals. He added that Sudan had qualified to benefit from the Heavily Indebted Poor Countries (HIPC) initiative, appealing to “the international community and brotherly and friendly countries to ful-fill their commitments they made in the Paris and Berlin meetings, noting that Sudan has com-pleted all the legislation required to benefit from debt relief.”
Regarding the presence of millions of refugees in Sudan, Al-Burhan called for greater internation-al support to address the situation of refugees and local communities hosting them.
The website noted that Al-Burhan concluded by highlighting another priority of Sudan: the need to control the spread of small arms and light weapons. BT./IF 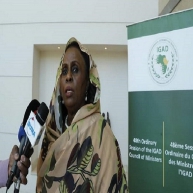