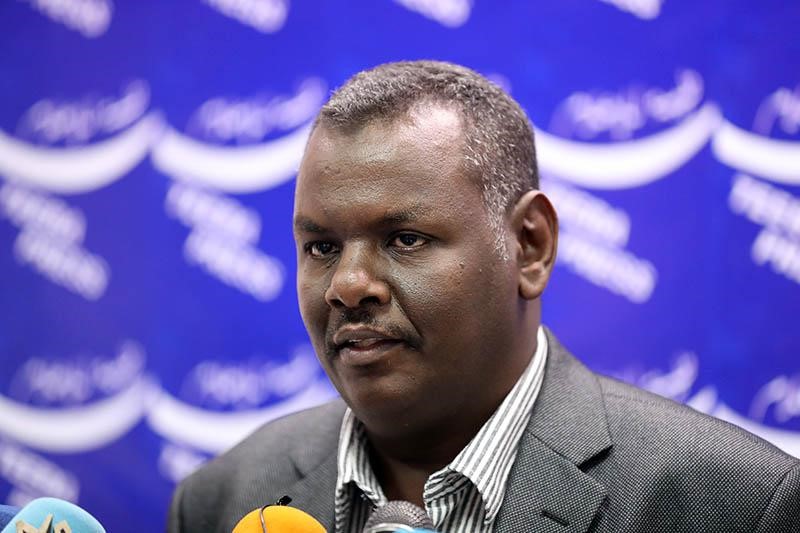 Khartoum, Oct. 30 (SUNA) – The Minister of Industry and Trade and acting Minister of Fi-nance and Economic Planning Madani Abbas Madani has affimed his ministry’s keenness on the development of the economic anf commercial relations with Ethipia for the mutual benefits of their both economies. The minister pointed out to the existence of various commercial and economic cooperation opportunities between the two countries. He stressed the keenness of the leadership in the two countries to develop these relations to the far-off possible extent, particularly after the successful visit made by the Prime Minister Abdullah Hamdouk to Ethiopia and his meeting with the Ethiopian Prime Minister Abe Ahmed. "This meeting is an extension of those visits and communication between Ethiopia and Sudan," Madani said, after his meeting at his office in the ministry Wednesday with the Ethiopian Minister of Finance, Ahmed Rashidi, pointing out to the activation of the joint ministerial committees between the two countries and the removal of obstacles that hinder the development of these relations, which he described as strong. Madani added: “We want the economic and trade relations between Sudan and Ethiopia to be as strong as the political relations to support the economies of the two countries". The Ethiopian Minister of Finance Ahmed Rashidi described the meeting with his counterpart as fruitful and asserting the development of relations between the two countries as well as the implementation of agreements, which was sig-ned during the visit of Sudanese Prime Minister Abdullah Hamdouk to Ethiopia. He revealed that the meetings with the Ethiopian Prime Minister Abi Ahmed gave the green light for the launch of the relations to maximum horizon in all fields, especially economic, trade and customs fields besides the activation of all trade agreements. Rashidi said that the meeting discussed how to implement the agreement in the field of civil aviation and solving the problems of cooperation facing it. "We agreed to hold the Joint Ministerial Committee to review the agreements signed in the areas of trade, border trade and customs along the border between the two countries", he added, reiterating the keenness and interest of the Ethiopian Prime Minister Abe Ahmed to develop relations with Sudan in all fields.  BH/BH