Funeral Held for Late Minister of Defence at Farouq Cemetery 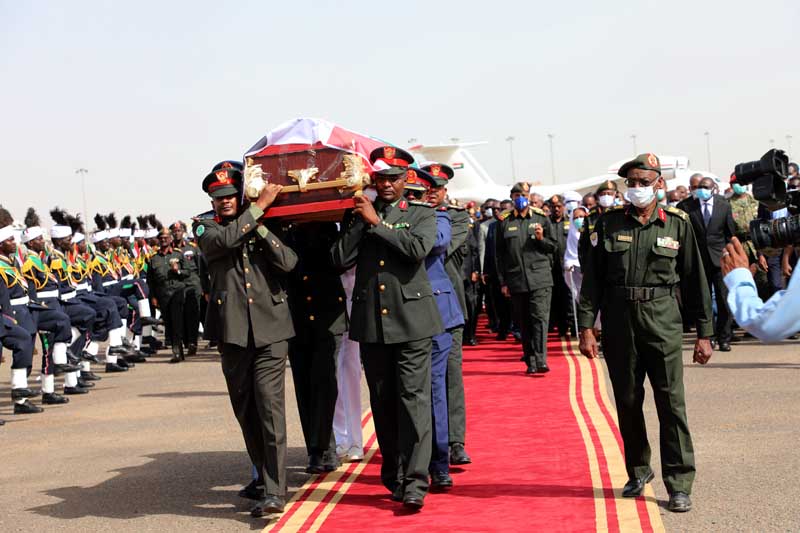 Khartoum, Mar. 25 (SUNA) – A funeral for the late Minister of Defence, Lt. Gen. Jamal-Eddin Omer, who passed away today morning in Juba, the capital of South Sudan, after a heart attack, was held Wednesday evening at Farouq Cemetery in Khartoum. Top of the mourners during the funeral were the President of the Sovereign Council, Let. Gen. Abdul-Fattah Al-Burhan, a number of the members of the Sovereign Council, ministers, commanders at the Armed Forces, representatives of the Forces of Freedom and Change and leaders of the political and societal forces. A number of leaders of the political forces and prominent figures in the society have spoken at the funeral about the deeds of the late Lt. Gen. Jamal-Eddin Omer and the patriotic role he assumed through his supervision of the security arrangement’s dossier at the negotiations in Juba. MO