Khartoum, Sep. 4 (SUNA) – The Chairman of the General Union of the Sudanese Businessmen, Engineer Hashim Salah Hassan Mattar, was selected as the head of the Economic and Investment Committee of the national mechanism for implementing the initiative of the Prime Minister, Dr. Abdalla Hamdouk, “The National Crisis and Transition Issues...The Way Forward”, besides his selection as the rapporteur of the Justice and Legal Reform Committee in the mechanism for im-plementing the initiative. It is to be recalled that the mechanism for implementation of the Prime Minister’s initiative is composed of 71 members, including leaders of political parties, the native administrations, the Sufi sects, members of the Transitional Sovereignty Council, the Alliance of Freedom and Change Forces, the civil and religious community leaders for the purpose of conducting broad-based con-sultations to achieve the greatest degree of consensus within the Sudanese society on issues of construction and democratic transition. MO 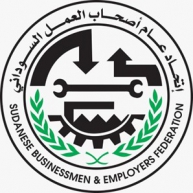 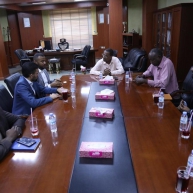