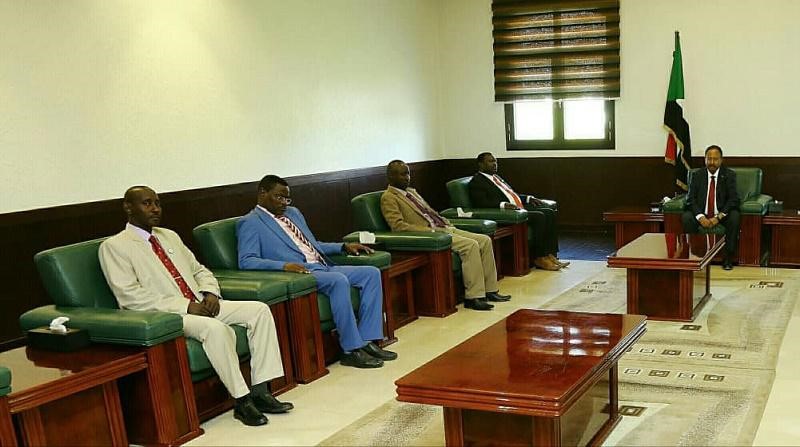 Khartoum Oct 30 (SUNA) - The Prime Minister, Dr. Abdalla Hamdok, has renewed government concern with implementation of its plan for halting the war and completing the peace building process, assuring the importance of solving the roots causes of war.  The Prime Minister stressed importance of involving women in all pahses of the peace process on ground that women are considered the most waraffected category. Hamdok gave gave the affirmation when he received Wednesday the delegation of Sudan Liberation Movement's Army of Manawi’s faction, which was headed by Gumma Wakil.  Wakil has congratulated the Prime Minister and Sudanese people on formation of the transitional government.  He said that the aim of their visit to the country is to affirm support to peace, calling for postponement of the appointment of Walis (governors) of the states and formation of the legislative Assembly until completion of peace process.  Wakil Assured the end of war after the ousting of Al- Bashir’s Regime. AA/MO