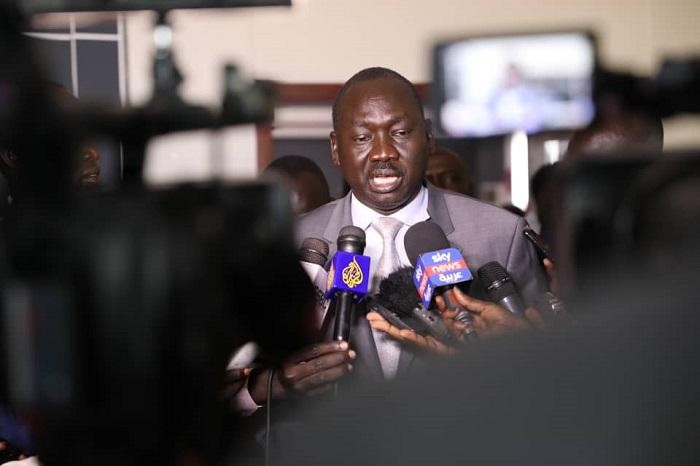 Khartoum, Dexc.11 (SUNA) – The South Sudan State Mediation Delegation has expressed full satisfaction over the progress of the ongoing negotiation process between the government and the armed struggle movements. The delegation member Dieo Matok outlined in a press statement following the joint session between the government delegation and the Revolutionary Front that the session discussed the implementation of the signed during the past session agreement and considering joining of a number of movements to Juba Forum according to the Principles Declaration Agreemenmt. Matok has revealed that the mediation received requests by a number of armed and political movements to join Juba Forum. ‘’the session set up a sub-committee to coordinate and follow up the political negotiation pro-cess’’ he concluded. IF/IF